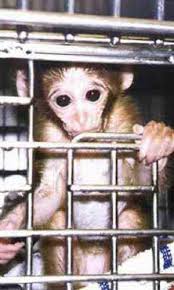 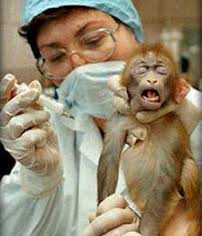 The Animal Welfare act was first passed on the 24th of August, 1966, signed by President Johnson and became effective on the 25th of May, 1967, as a response to public complaints of family pets being stolen by laboratories conducting research[i], providing standards for the humane treatment of certain species of animals in specific settings[ii]. This is not the first piece of legislation that has been passed to protect animals. The first national law used to regulate animal experimentation was the Cruelty to Animals Act of 1876 passed in Britain, which acted as a catalyst for other countries in Europe to do the same. While a number of states passed anti-cruelty laws in the 19th century, the Animal Welfare Act was the first piece of federal legislation protecting animals in laboratories passed in the United States[iii].

§2143 of the Animal Welfare Act particularly deals with the treatment of warm-blooded mammals in laboratory settings, providing the “minimum requirements”[iv] for animals, which are defined by the AWA as “any live or dead dog, cat, nonhuman primate, guinea pig, hamster, rabbit, or any warm-blooded animal used for research, teaching, testing, experimentation, or exhibition purposes”[v]. In essence, this law is intended to provide animals used in research facilities with the fundamental right of humane treatment and to protect them from neglect under the law.

The 1985 Amendment to §2143, known as the Food Security Act, required the “implementation of Institutional Animal Care and Use Committees (IACUC), strengthened the standards for providing laboratory animal care, increased USDA enforcement of the Act, provided for collection and dissemination of information to reduce unintended duplication of experiments using animals, and mandated training for those who handled animals”[vi] §2143 now includes minimum requirements for the exercise of dogs and for a physical environment adequate to promote the psychological well-being of primates. These standards are to be determined by an attending veterinarian placed in charge of making sure that pain and distress are minimized, while also defining what is meant by “physical pain”[vii]. In principle, this act is not only supposed to protect animals from harm, but it is meant to provide them with an adequate standard of living. The Excellence Beyond Compliance (EBC) model strongly promotes research facilities not only to meet AWA guidelines and requirements but to exceed them in order to continuously improve the lives of animals used in research[viii]. The question is whether or not research facilities have the animals’ best interests in mind.

While the enactment of this law has been celebrated by many professionals in the animal welfare field, there are still issues with the law that need to be addressed. Martin Stephens, Ph.D., the Vice President for Animal Research Issues at the Humane Society of the United States, specializes in the use of animals in research, and while he is a proponent of the AWA, he believes that the standards could be improved and that certain animals used in research should be included in the act. He provides recommendations for the law moving forward, so as to further advance the welfare of animals used for research, with a particular emphasis on the enforcement of the AWA, as well as specific changes, such as encouraging the USDA to “begin regulating mice, rats, and birds, species which account for eight out of every ten animals used in laboratories”, which would require an amendment to the act itself[ix]. However, the biomedical research community has always been opposed to further regulations on animal testing, as they believe it to be a hindrance to their research. Their opposition was one of the many reasons why it took so long to pass a federal piece of legislation to protect animals in the United States[x]. While the AWA has enhanced the lives of many non-human animals, there is still so much to improve upon in order to treat animals as humanely as possible.

To ensure that facilities are in compliance with the AWA, the Secretary of Agriculture of the United States requires research facilities to establish committees with no less than 3 members, wherein their members are chosen by the chief executive officer of the facility. This committee is expected to inspect the research facility at least semiannually on a random basis[xi], filing a report to the Animal and Plant Health Inspection Service (APHIS), where the facility will either be approved for compliance, or marked for noncompliance[xii]. In cases of noncompliance, the facility has an opportunity for correction, and if no correction is made, then “such agency shall suspend or revoke Federal support for the project”, with the right to appeal[xiii]. The facility itself self-reports to APHIS, which can lead to dishonest reports.

While Section 2143 of the Animal Welfare Act (AWA) was created with the intent to protect the well-being of animals in laboratories, in practice, it seems that the act falls very short of its aims.

In order to verify that facilities are in compliance with the AWA, the act places responsibility on both the Animal and Plant Health Inspection Service (APHIS) and the Institutional Animal Care and Use Committee (IACUC) of each facility. The IACUC is a committee determined by the Chief Executive Officer of the given facility, whereby at least one member should be a doctor of veterinary medicine[xiv], and the other an independent member not affiliated with the facility in any way. Each member is expected to be experienced in assessing animal care, treatment, the practices used in experimental research, and to represent society’s overall concerns regarding the welfare of animals. The committee is required to inspect their research facility and self-report their findings every six months, making sure that the facility is in compliance with AWA standards, reporting violations and any changes made that may affect the animals’ well-being to APHIS[xv]. In addition to the IACUC’s obligations, APHIS plays somewhat of a role in inspecting facilities. These inspections are rather rare, as the AWA only requires them to occur unannounced “once every fiscal year”[xvi]. APHIS also intervenes when a given facility does not comply with the AWA standards, by first issuing a Letter of Information, and then an Official Warning Letter. If noncompliance continues, then APHIS will seek either civil or criminal penalties against the facility, depending on the severity of their noncompliance[xvii]. These consequences for disobeying the law seem to be rather lenient, which indicates that perhaps the AWA is not taken as seriously as it should be. If a facility can get away with noncompliance several times before being penalized, that equates to a tremendous amount of harm done to animals, which is counterintuitive to the purpose of the act.

One problem with the aspect of a given facility’s self-reporting mechanism is that employees will be reluctant to report their own facility’s noncompliance for fear of losing their jobs. This problem was addressed in the 1992 Luethans v. Washington University court case. Here, the plaintiff, a licensed veterinarian whose responsibility was to ensure that the animal facilities were in compliance with the AWA, was wrongfully retaliated against by means of discharge because he reported his facility for violating §2143 of the AWA. While the court decided in favor of the University, this case brings to light the difficult choices that researchers might have to make in order to preserve their careers, which in turn weakens the authority of the AWA[xviii].

I wanted to delve further into the issues that are present in AWA enforcement procedures, so I sought out individuals who work directly with animals in laboratories at UC Berkeley. After reaching out to ten researchers, scientists, and professors, I was able to secure an interview with Gregory Lawson Ph.D., the UC Berkeley Director of Lab Animal Medicine. He was the only respondent in the end, and so happened to be the only one with a leadership role within the IACUC. This further raised my suspicions that researchers are not very transparent with regard to their lab practices. In my interview with Dr. Lawson, he admitted that researchers and lab technicians use the whistle-blower policy and go to the University to report noncompliance quite often at both UC Berkeley and UCLA. While these events do occur, he explained that the University cannot be transparent about who made the complaint, as careers could end as a result[xix]. I would imagine that such a consequence would thus make people reluctant to go to the University to report these findings, because if anyone discovered the identity of the “whistle-blower”, then that person’s career could end in an instant. Also, citations that the University contests are not available to the public until they are confirmed, and because of this, many abuses that occur do not appear in APHIS’ public database[xx].

However, Lawson made it very clear that the IACUC and APHIS are not biased in their patterns of enforcement. He expressed how difficult it is to completely pass an inspection without getting marked off for a minor problem, and that inspectors are very diligent when examining the facilities. License revocations are common, but Lawson stressed that the UC system is very meticulous when it comes to being compliant, as investigators tend to pay more attention to larger facilities. Further, when the facility’s IACUC finds a particular research proposal to be out of line with AWA standards and is thus rejected, not even the CEO of the facility can approve the project at that point[xxi]. Throughout the interview, Lawson emphasized the strictness of the AWA’s enforcement policies. This was not entirely convincing, considering that Lawson was aware of my opposition to animal testing, and thus wanted to convince me that compliance is a top priority.

My investigation of the AWA in action, though thorough, did not give me an entirely clear view as to how well the Act is enforced in reality. These facilities and their practices are generally very private and hidden from the public, so gaining access and understanding what actually occurs behind their walls has proved to be a difficult task. Going to interview Dr. Lawson showed me how secretive these facilities are, as UC Berkeley’s animal labs are underground and require special access only available to a select few. Lawson admitted that even world-renowned doctors and researchers have a difficult time being admitted into the labs to see the research being done because of how classified the information is[xxii]. In Glasser’s account of AWA enforcement, she reveals that during one of APHIS’ periodical inspections, UCLA did not even grant APHIS officials access into their facility[xxiii]. So, the only accounts of what potentially happen behind the walls of these facilities are those of self-reporting IACUC members and sometimes of APHIS reports, if their investigators even granted access.

While the AWA may claim to have the best interests in mind for animals, changes need to happen in order for the act to have a real impact on research facilities. Research facilities need to be fully transparent in their practices, because if the general public is informed on everything currently being done to animals, facilities will have more of an incentive to make sure their standards go above and beyond what is expected of them. Also, another important reform would be to rely less on self-reporting, and increase the amount of APHIS inspections that occur yearly, as their inspectors are less partisan than members of a facility’s IACUC. While these reforms might seem unimportant, they would have the potential to improve the lives of many animals, as much as a life lived in a lab can be improved upon.

The importance of the act lies not in simply setting standards for the care of animals, but more importantly, the acts sets a precedent for how we treat animals in the future.

Enactment to Enforcement. Journal of the American Association for Laboratory Animal Science : JAALAS, 51(3), 301–305.

View all posts by theoriginalbhd